Home Lifestyle & Beauty Glastonbury: A Trip into the Albion 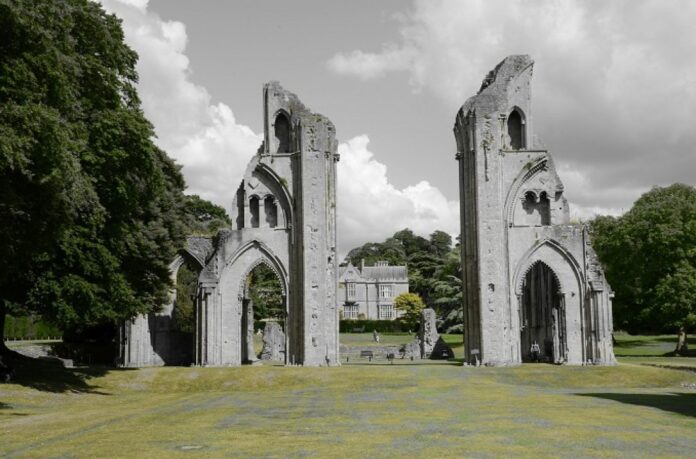 England is ancient country; its mystical landscape whispers secrets which echo down through the millennia. No place is more enchanted than the town of Glastonbury in Somerset. It is the legendary King Arthur’s final resting place. Its beautiful Tor is a gateway to the “Land of the Dead” and ancient healing springs flow through the town which has a rich connection to the history of witchcraft. It is the very heartland of “Merrie Olde Englande”.

Glastonbury encapsulates the spirit of the Gothic uncanny. It is a haunted landscape which begs to be explored. A tourist will uncover ancient myths at every turn. It is a town of deep occult secrets and could easily be the film set for a folk horror movie. A visit to Glastonbury guarantees a most supernatural experience.

Firstly, it is essential to walk up the world-famous Glastonbury Tor, which affords spectacular views over the Somerset levels. You might even be able to spot parts of the Glastonbury zodiac, a supposed map of the astrological figures carved into the land by ancient field boundaries and trackways. The Tor itself is topped by the ruined St Michael’s Tower, which is the only surviving part of a demolished church. This hill is also rumored to have been the mystical Isle of Avalon of Arthurian legend. It is also said to be the home of Gwyn ap Nudd, the British “Lord of the Other World” and “King of the Fairies.” The Tor is most atmospheric on a misty morning or at dusk, when the creepy light hits the tower providing a truly impressive splendor; where the veil between this world and the other seems momentarily pierced. In the peace of the morning it might also provide the perfect opportunity for a photo shoot – so bring your finest black cloak. It is truly the haunted hollow hill of legend. But be warned: on bright, hot summer days it is a tourist trap and also an unpleasant hike in the heat. 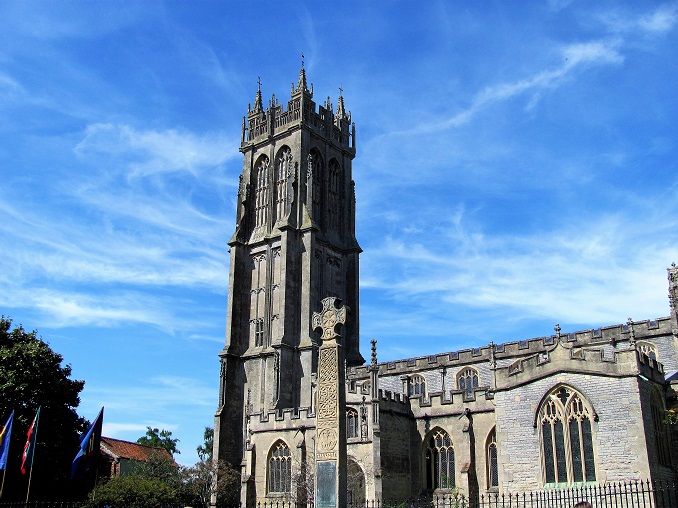 Flowing down from the Tor are two mystical springs. The White Spring is housed in an old Victorian well house, which has been turned into a candle-lit sanctuary. It provides a dark cavern of stillness just a short walk from the bustling market town. The other Red Spring of Chalice Well is situated in a beautiful garden graced with yew trees and fountain heads stained blood-red by the iron oxide in the water. The sacred Chalice Well was protected in the 1950s by Wellesley Tudor Pole, an English eccentric and spiritualist who was a lifelong pursuer of Arthurian Legends and the quest for the Holy Grail.

Glastonbury is also home to the ruins of a gothic Abbey where King Arthur was rumored to be buried. History tells us that some monks in 1191 AD discovered two bodies buried in a deep grave within the Abbey. These were of course presumed to be those of King Arthur and his Queen Guinevere. And who would not make this connection with Avalon on your doorstep? Nevertheless, a visit to the Abbey provides a fascinating insight into the history of this eerie ruin and guides tourists through all the myths and legends of the town. This abbey’s surviving Gothic archways easily rival the famous Abbey of Whitby in Yorkshire.

With such a rich history it is not surprising that the town has been a magnet for many new-age and neo-pagan groups. Margaret Murray, the fairy-godmother of Wicca, visited the town during WW1, where she was inspired to write her seminal work The Witch-Cult in Western Europe. Another key figure in neo-paganism, Dion Fortune, lived in a little cottage on the slopes of the Tor. Like everything in Glastonbury nothing is as it first seems. Even the parish church yard contains a sacred labyrinth and a Holy Thorn, unique to Glastonbury.

Whilst Glastonbury might look like a twee rural town, it boasts the widest selection of occult and esoteric shops in Britain. Glastonbury is a gothic shopping delight. The Cat and Cauldron has a fascinating selection of magical accoutrements, decorations and even a selection of wands. The Star Child scent emporium resembles an old apothecary and envelopes your senses with seasonal fragrances. The Goddess and the Greenman sells anything from books of shadows and mirrors to tarots card sets and small gifts. Glastonbury is also home to the famous fairy painter Linda Ravenscroft’s gallery, the Mystic Garden, where numerous magical prints and art gifts can be bought. Explore the maze of side alleys leading off Glastonbury high street. They guarantee a shopping experience away from boring generic chain stores that make up most British towns. You are guaranteed to bring home some unusual ornaments, so leave some room in your suitcase.

A trip to Glastonbury would also not be complete without a visit to the Avalon Library, which is the only publicly-accessible esoteric library in the UK. Its shelves are heaving with books on the art of magick, mythology and folklore. Nearby is the Labyrinth books shop which specializes in esoteric and magical texts. And for the real culture vultures the Somerset Rural Life Museum provides a fascinating insight into English folk history.

The late 15th century George and Pilgrim Inn is perfect for lunch, or even a stay. It has a beautiful gothic façade and a dark oak paneled interior based on a mock Arthurian style. It is home to a suit of armor and is of course rumored to have a resident ghost. For the complete Gothic experience visitors are particularly guided to book a suite with a four poster bed.  Glastonbury is also abound with many quaint guest houses, offering relaxing retreats, spiritual rejuvenation or just a good English fried breakfast. The town also has a vast selection of West Country pasty shops, vegan eateries and many quirky little cafes which usually boast mystical sounding names such as Excalibur.

It is definitely worth exploring the back streets of Glastonbury with a camera. There are numerous wells, fountains, and lots of historical architecture that belies a flagrant air of Gothic decay. The town also has many legendary murals and street art which shows how deeply the bohemian culture is embedded within the town. Likewise, the town’s population is refreshingly individual and cosmopolitan. There are regular folk musicians, jugglers and even multiple tarot readers.

Currently, the town is host to a wide variety of events from retreats to wheel of the year festivities. It is well worth timing your visit to coincide with one of these. Of particular interest are the regular Faery Balls, which provide the perfect opportunity to put on your finery.  So for anyone considering a trip to old Blighty, or indeed, any British folk looking for a trip to the West Country Glastonbury should definitely be scheduled in to your trip. It is a must-see for tourists who want to experience the true heart of Albion. 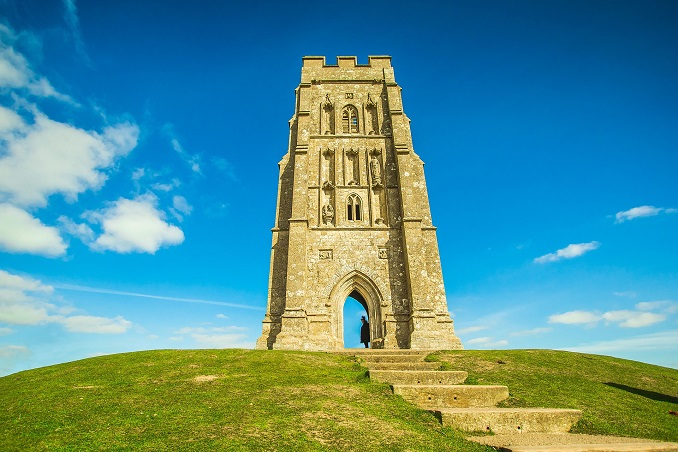 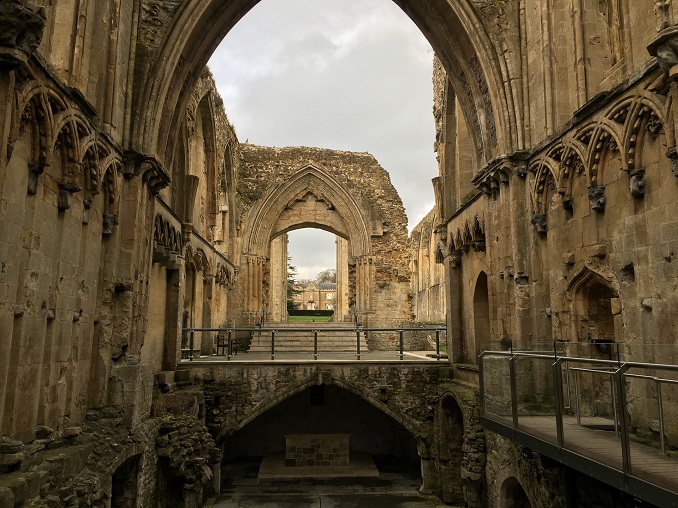 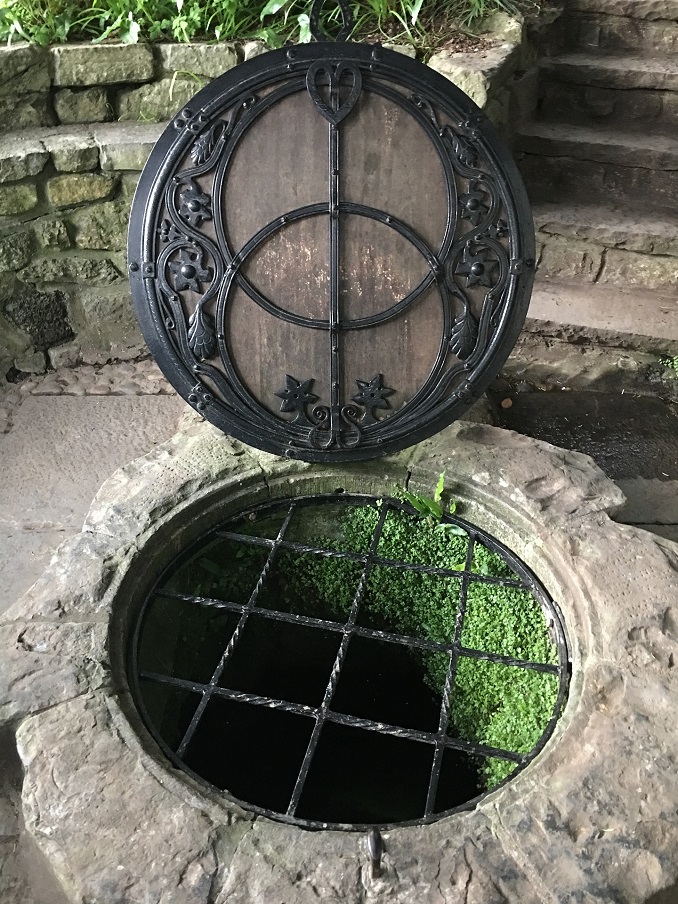 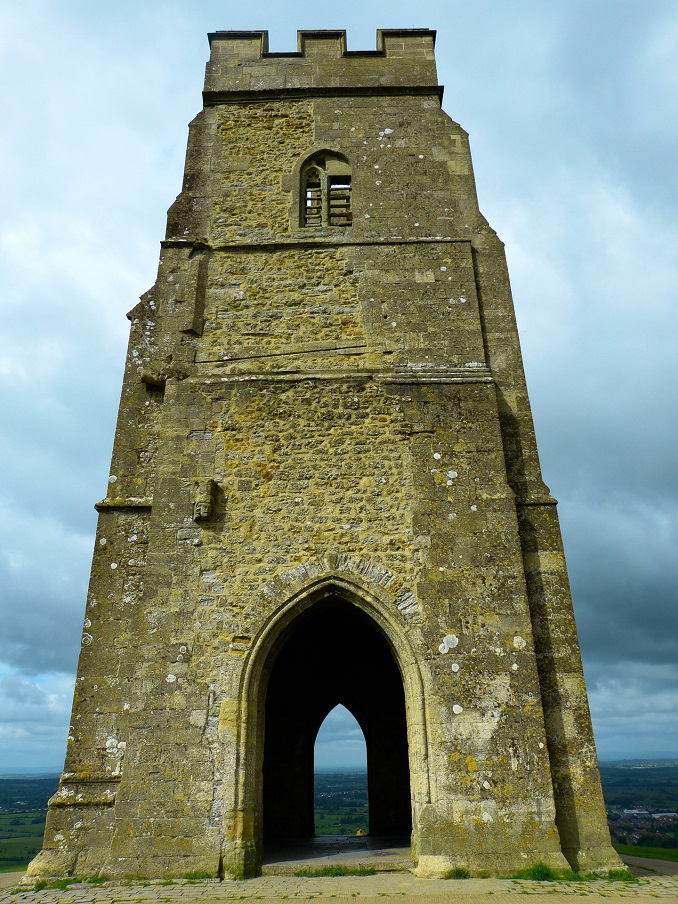 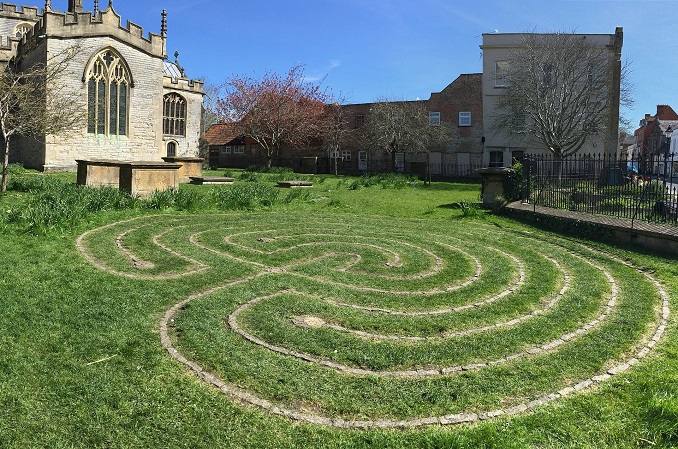 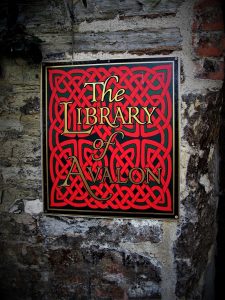 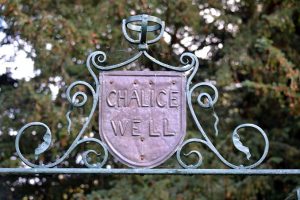 March 16, 2016
Thanks so much for sharing! Use discount / coupon code SHARE10 at our store for a 10% discount good towards digital subscriptions and back issues.
Send this to a friend