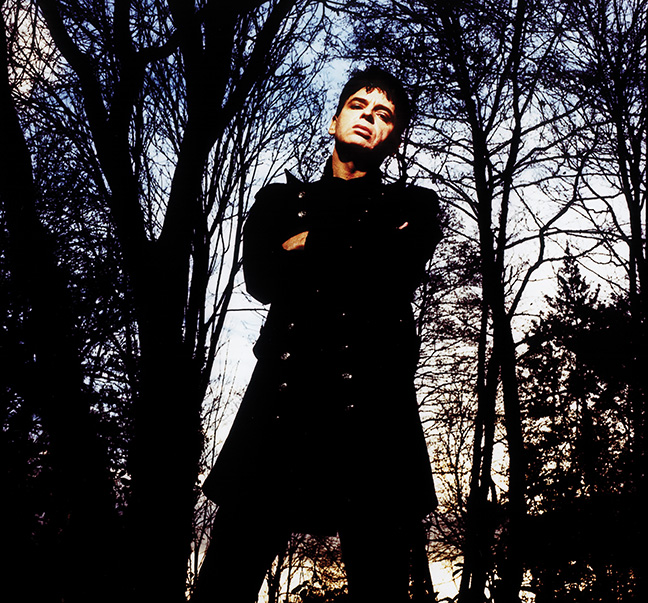 Gary Numan is a well-known and respected figure in the world of electronic music. With a career spanning over 25 years and nearly 35 albums, he is cited by many musicians as an influence and keeps going strong. Gary now discusses his new album Jagged, the music industry and the perils of aerobatic flying.

The production on Jagged is simply stunning. Were you sole producer on this release?
No, I worked on it with a friend of mine called Ade Fenton whose main line of work is as a Techno DJ. I did start the album with Andy Gray but time became a problem and so I went back to Rob and Monti from the band Sulpher, who co-produced my last album Pure. Time also became a problem so I finally asked Ade to get involved. It went so well that I decided to go back to the beginning and start again. I still have the versions worked on by Andy, Rob and Monti, and they are excellent and will be released in various formats throughout the year, but the work I did with Ade had a very special feel and sound to it and that was the way I wanted the album to be.

Were you mixing up to the last minute on this album as you did with its predecessor Pure?
Almost. Every deadline we were given by Cooking Vinyl, mostly with that knowing smile attached that says ‘You’ll never make it,’ we made by the skin of our teeth. I worked on it all over Christmas and Ade gave up every DJ job he had so that he could devote himself entirely to getting Jagged finished on time. It was a massive effort.

Were you the sole performer on this release as well?
Not this time. Jagged has quite a lot of musicians on it. Jerome Dillon from Nine Inch Nails plays drums on two songs; my own live band players, Steve Harris and Richard Beasley play guitar and drums; Monti and Rob Holliday (ex-Curve and now Sulpher) play drums, guitar and bass. In fact, Rob is now the live guitar player for the Prodigy as well. Martin and Kimberlee MacCarrick play cello and violin. Andy gray added bits to it. I played lots and obviously did all the vocals and Ade Fenton also played a lot of stuff.

“Haunted” was the track that really grabbed me by the ears during a very intense series of listens to the album. Would you share a little bit about the song itself and if it is planned as a single?
It was certainly a candidate as a single but we’ve decided to go with a track called “In A Dark Place.” “Haunted” was one of the first songs I wrote for the album and we played it live several times before recording it which helped us tweak it a bit as time went by. This is one of the songs that has Jerome Dillon playing drums and it does have a huge amount of power. I just wanted to write a song that hinged around a simple but massive guitar riff with an anthem-like chorus thrown in. It’s actually quite a simple song – it’s just all riff and chorus. It’s one of my favorites.

Will Jagged be released in an optional ‘extended’ format, like what was done with Exile?
Yes, the extended mixes version of Jagged will be released later in the year on a double CD. We are also releasing a live version and live DVD of Jagged filmed at the album launch gig in London. We played the album song for song the same as it is on the album so it really is a live version. We also have many alternate versions of the songs on jagged that will be coming out in one way or another throughout 2006. I really have put a huge amount of work into Jagged and a great deal of it is still sitting on the shelf waiting for its moment.

You’ve stated “Posting entire copies of my albums on your Web site does not help my career.” How do you feel about people trading old concert recordings between each other?
I have no problem with fans trading things back and forth between themselves, be it via the Internet or any other way. I only object to people downloading the entire new album for free and then, presumably, not being too interested in buying the real article. I am a small, not that successful artist on my own label, funding everything myself with, if I’m honest, sales verging between poor and crap. I absolutely cannot afford to keep making albums if the download problem isn’t sorted. I watched illegal download figures for Jagged get to a level that almost equaled the total sales of the last album Pure. That’s a terrifying thing for a self funding independent artist on his own label and I have no idea what can be done about it.

Are there any of your own works you can listen to purely for pleasure, or do you find it too difficult to distance yourself from them?
I find it virtually impossible to listen to any music just for pleasure. I analyze everything. How did they get that snare sound; what synth is that; how did they process that sound? It’s just constant. It’s like I never leave the Rock School classroom. When it comes to my own stuff I’m even worse. All I can hear are the mistakes, the ‘I should have done that differently’ syndrome.

Do you remember what motivated you to start writing again in the early 1990’s?
I had long believed my musical skills to be minimal at best and my voice to be one step above rubbish. Because of that as the 80’s and early 90’s progressed I took more and more of the Numan content out of my albums. I used great players, great backing singers and slowly but surely covered over the bit that was me in the belief that I was creating better music. What Gemma [Gary Numan’s wife] finally convinced me of, after much arguing, was that I may not be the best guitar player, keyboard player or singer but I had something… something unique that a lot of people loved. She made me realize that whatever ability I had gave me a distinctive style and that rather than hide it, I should just accept it, with all its faults, and enjoy it. That’s what I’ve been doing from Sacrifice right through to Jagged.

I have to ask. With your busy schedule as musician, husband, father-of-two, are you getting in any flying time in your plane?
Nothing really. I even sold my aeroplane a few months ago. To be honest I pulled out of the aerobatic airshow scene a few years ago after my team-mate was killed in a crash and my wife finally said “That’s enough.” I have to agree with her. Almost everyone I knew in the air display world was killed in the 15 years or so that I did it, including most of my close friends and the man that taught me how to do it. Unless you are very lucky, you begin to feel as though it’s just a mater of time before you make that fatal mistake or the aeroplane lets you down at just the wrong moment. I do miss it though. Nothing can match the sheer excitement of that kind of flying – low level formation aerobatics in World War II piston engined aircraft. Nothing better.

Is there any chance some dates in the United States will be possible on your next round of live dates?
We have been trying for many months to put a tour together but the agent is dragging his heals a little. Possibly for good reason, I really don’t know. The latest is that we will be starting a tour… and we will be there for about a month. Personally I can’t wait.  www.numan.co.uk

Urban Body Jewelry: It’s your body, why not decorate it?

February 20, 2017
Thanks so much for sharing! Use discount / coupon code SHARE10 at our store for a 10% discount good towards digital subscriptions and back issues.
Send this to a friend