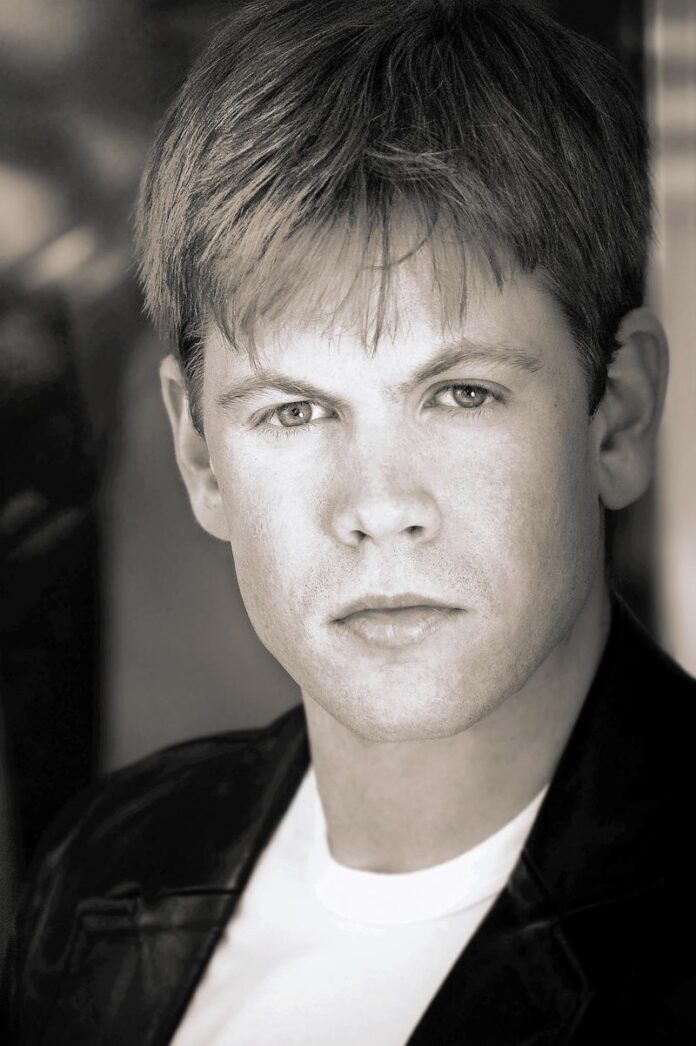 What was the inspiration for your latest novel The Vines?
I was originally inspired by a vision I had of a ruined California mission covered in these great tangles of vines, and I kept having this sense that a shaman of some sort had driven the vines to rise up and kill all the missionaries. But the idea wasn’t working and I put it aside. After I published The Heavens Rise, it felt like my next novel should be set in Louisiana as well. And then the whole thing just began to unfurl.

How would you say that this particular new tale differentiates from your past work and what can readers expect?
This book is lean and mean and designed to be read in one or two sittings. The Heavens Rise, my previous novel and my first supernatural thriller, had a slow build when it came to the otherworldly elements of the plot. In The Vines, the supernatural makes an appearance in the second chapter and we roll out from there. 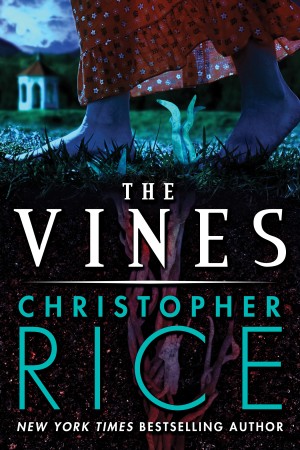 Can you tell us about your own progression as a writer? When did you first realize you wanted to be a storyteller and how has your approach to your craft changed over the years?
Being a writer is a form of obsessive-compulsive disorder that might earn you some money. The lucky ones earn money from it, I should say. The best piece of writing advice my mother ever gave me was, “Write the book you want to read.” Over the years, that’s changed for me. I read different books today than I read when I was 21 years old and on the verge of publishing my first novel, A Density Of Souls. But the single most important thing we can do as writers is read. Read obsessively. Immerse ourselves in the types of stories we love. I think your process will grow out of that, your desire to contribute to the river of stories you let flow through your life.

What do you think are the most important details to keep in mind when approaching a new story idea? In the same regard, where do you think writers often impede themselves with obstacles?
For me it usually begins with a visual. Some sort of atmosphere, setting or flash of action in a defined environment. That’s what starts the process. And from there, I try to peel the image apart and find out where it’s happening. Literally where, as in what region, what part of the world. Setting plays a big role in my book. Different communities will respond to a violation or intrusion in a different way, and if you’re writing dark suspense, you have to be tuned into those distinct responses. I think writers impede themselves by trying to the write the entire book in one day. You need to set manageable writing goals for yourself. Bite sized pieces. A realistic daily word count.

What is your perspective on the publishing industry today? How would you like to see it change?
It’s a time of intense transition. The LGBT bookstores that used to do so much to promote my work have been gone now for several years. While I was at Lambda Literary Foundation, we strategized day and night on how to help them survive, and we tried a lot of things but we just couldn’t make anything work. Giovanni’s Room in Philadelphia has re-opened under new management, and that’s great. I’m doing an event there a few days after I write this. But e-books have opened new markets and new audiences and they’ve revitalized the careers of many of my friends who couldn’t find traction in an ever-shrinking number of bricks-and-mortar bookstores. I have a wonderful relationship at present with Amazon Publishing. Their imprint, 47North, has published The Vines and they’ve done a wonderful job with it so far. For years, my readers told me they had a hard time affording my new hardcovers. They were young. They were struggling to pay for school. I think a publishing plan that puts its focus on a $4.99 e-book and a $10 trade paperback is the right one for my fan base.

What was it like growing up with such a famous literary mother, Anne Rice? How did her influence affect your approach to writing?
I mentioned that my mother gave me the writing advice to “write the book you want to read.” The Vines is the type of book I love to read. It’s scary without being excessively gory, it’s lean, and it’s got a very strong sense of atmosphere, which is something I love in novels. And despite the intrusion of supernatural horrors, the journey of the characters takes precedence over everything else.

What would you say was the secret behind achieving so many accolades by the time you were just 30?
Gracious interviewers like yourself.

What is different in how you approach your journalism work as opposed to your work as a novelist?
I haven’t done real investigative journalism. For The Dinner Party Show, we sometimes report on news events and publishing industry headlines, but we do so from an opinion/editorial point of view. Because it’s talk radio, we aren’t able to remove ourselves from the story the way a newspaper journalist would. We lead with our own thoughts and feelings.

For fun, what was it like being declared one of People’s “Sexiest Men Alive”?
At the time it happened, I had absolutely no confidence in my physical appearance whatsoever, so it was a strange, dizzying thing. I was a three pack a day smoker, a heavy drinker, and I had the physique of Jack Skellington from A Nightmare Before Christmas. So it was odd, but I was very pleased.

For people who are unfamiliar with your work in podcasting, can you tell us about your show with Eric Shaw Quinn, “The Dinner Party Show”? How did the idea come about and what inspired you to pursue podcasting entertainment as a media?
I’ve wanted to put my best friend Eric Shaw Quinn on the radio ever since I met him, so that’s what we did. We produce new episodes every week, most of which debut live on Sunday night at 8 PM ET/ 5 PM PT, and then we repeat them continuously. We have our own dedicated stream at TheDinnerPartyShow.com. It’s a sketch comedy show with celebrity interviews. We’ve created our own special correspondents, satirical characters like Jordan Ampersand, our idiot critic-at-large, and Miss JoNell Samms, the relationship expert from the deep South who appears to have no idea she’s been married to a closeted gay man for thirty-three years. And we’ve interviewed folks like Patricia Cornwell, Kristen Johnston, Dan Savage, Chaz Bono and of course, my mother, Anne Rice.

How did you become involved in the West Hollywood Library Fund? Can you tell us about the work you have done alongside them for the community?
West Hollywood is the city I call home and the library is beautiful. People said strange things to us when we started building it. Why do we need a library when everyone has an iPad now? Well, for starters, everyone does not have an iPad and libraries are how communities guarantee free computer access to their residents. The average income in West Hollywood is actually $20K a year, despite the fact that Hollywood Hills mansions stare down at us from on high. The library is a vital community resource and part of West Hollywood’s beautiful evolution into a 21st Century city.

What is most important to you and how do you incorporate these aspects into your life?
Gosh, that’s a tough one. The older I get, the less interested I am in trying to force a single romantic relationship to work. I’ve spent so much time in my life fretting over whether or not “the one” is ever going to show up, going on endless successions of dates and then trying to force it to work with someone who clearly isn’t a good fit. I’m not sure there is a “one.” The concept seems adolescent to me. My best friend and co-host Eric Shaw Quinn is all about hobbies. Get a hobby to fill the time you usually spend in worry. Something that isn’t results oriented. That isn’t about winning a game or competition, but which occupies your mind and your hands. Being present is the great challenge. Showing up for what’s right in front of you and giving it your best. It’s incredibly difficult, but there are times when just the effort you expend doing so transforms your life in the best possible way.

Oh, that dreaded question that all interviewers ask of writers… What advice do you have for aspiring, or even established authors, trying to make a name for themselves?
Again, I think writing the kind of book you would want to read, and reading a lot are key.

Learn more about Christopher Rice and his work at www.christopherricebooks.com

An Interview with Dan Sperry, the Anti-Conjuror

The Spiritual Center of Lily Dale

June 20, 2017
Thanks so much for sharing! Use discount / coupon code SHARE10 at our store for a 10% discount good towards digital subscriptions and back issues.
Send this to a friend